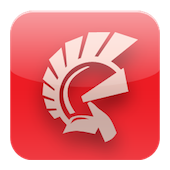 This time you didn’t have to way a full year to see a new Delphi release, 8 months after XE3 release Delphi XE4 is out.

iOS development is the major topic of course and bring the second version of FireMonkey to iOS, a lot of expectation on this topic specially after XE2.

Also there is a bunch of new stuffs to talk about, like:

RAD Studio XE4 now includes only Delphi, C++Builder and HTML5Builder. Delphi Prism is no longer part of RAD Studio, the name is dead and from now you have to refer to Oxygene from RemObjects. You can check the official communication from RemObjects here, where Marc Hoffman provide more details about the future related to .NET development with Oxygene (old Prism) and their support to iOS and Android development.

Trial is already available here or if you prefer download the full Delphi and C++Builder ISO here.

The Delphi XE4 documentation has a extensive list of What’s new in Delphi and C++Builder XE4, below the table of content:

That’s it for now.

A little bit about FireMonkey and Delphi XE2