Blog
You are here: Home / Blog / General / Historical day for Brazil, the 2016 Olympic Games will be in Rio de Ja...
Let's share the knowledge with your friends 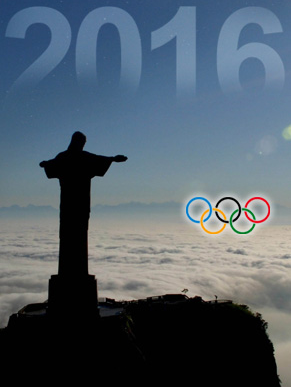 Historical day for Brazil, the 2016 Olympic Games will be in Brazil, at the Rio de Janeiro city.

For long time Brazil dream to bring back the FIFA World Cup and host for the first time the Olympic Games, the dream came true, both FIFA World Cup in 2014 and the Olympic games in 2016, awsome news for all Brazilian and very important victory, preparing the opportunity for thousand of new athlete and many investments for the sports.

Thousands of people celebrated Friday on crowded Copacabana beach as the announcement that Brazil had been chosen as the 2016 Olympics host played live over huge screens erected above the sand.
I’m so proud to be Brazilian, excited to see the many achievements in Brazil in recent years and no doubt many will come.

Congratulations Brazil, and of course I will be there to see both big events.

Below the Rio de Janeiro video presented for the Olympic Committee.

Why I chose WordPress as Blog Tool

Rally For Impact: Call for Engineers to Collaborate and Solve Global Social Problems