Blog
You are here: Home1 / Blog2 / Software Development3 / C++Builder4 / Controversial changes in the EULA for Delphi XE3 and C++Builder XE3
Let's share the knowledge with your friends

As everybody knows Delphi XE3 will be released soon, some previews have been already published and there are some controversial topics around XEe, mostly because of leaks from people that clearly violated the NDA and this is shameful.

The biggest controversy is the new license agreement (EULA) that leaked this week, where new users can only use the Delphi Professional Edition to access local database, either with the Delphi components or third parties, to develop applications Client/Server applications new users will have to use Enterprise edition or higher, or by the Client/Server Addon for Professional Edition. If you own a license from Delphi 1 to Delphi XE2 you will not be affected by this new restriction.

Here what the EULA said:

. the use of data access technologies for client/server
connectivity will no longer be allowed in the Professional edition.
This includes both Embarcadero and 3rd party solutions. Professional
users may only, legally, access local databases with their applications.

Users who want to use client/server database access can purchase a
Client/Server Add-On Pack for their Professional edition or purchase
an Enterprise, Ultimate or Architect edition product.

This restriction if for new licenses only. Users upgrading to XE3
will be “grandfathered” in that they will be able to continue to use
3rd party data access technologies for client/server database access
in version XE3 ..

Embarcadero haven’t official released the product and there are some open questions about the definition of new users. Here an example, let’s say you own a Delphi 2006 Professional today and want to upgrade to XE3 Professional, in this case you ARE NOT elegible for upgrade because you DON’T own one of the last 3 Delphi version, so you will have to buy a new license (“new user”). Based on this example and the new EULA, here come the question are you considered a “new user” or “upgraded user”? This is just one of many situations I can think right now and will beed to be clarified.

Besides all of this, the third party vendors (Embarcadero Technology Partners) certainly will be affected by this new restriction, we have today several third party providing database access technology to access Oracle, SQL Server, DB2, etc., and mostly used by developers that own Delphi Professional licenses.

The controversy is gigantic, Embarcadero’s forum has more them 300 replies in a single thread, several other blogs about the topic with lot’s of comments.

At least I can see some positive thing on all of this, Embarcadero now knows what many Delphi developers are thinking about this change and can start measuring the impact before release XE3 or make changes before the official announcement.

What are your thoughts on that? 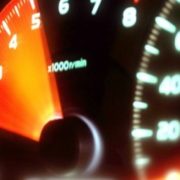 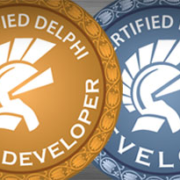