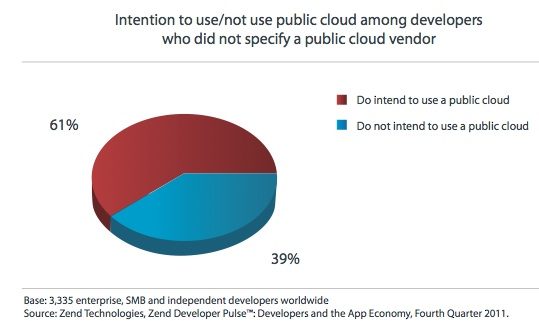 Today I was reading the article “Developers will flock to public cloud in 2012”, which pretty much goes over some of the results of Zend survey with 3,335 developers, and of course if not all of them the majority PHP developers.

This survey brings some interesting information, the first one related with the use of public cloud where 61 percent said they expect to use a public cloud for their projects. 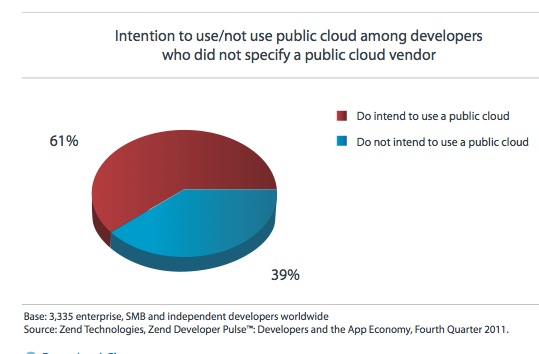 And, of those going that route, 30 percent named Amazon Web Services as their public cloud of choice; 28 percent did not yet know which cloud they would use; 10 percent named Rackspace; and 6 percent cited Microsoft Azure.  ”Other” public clouds came in at 5 percent and IBM Smart Cloud at 3 percent. 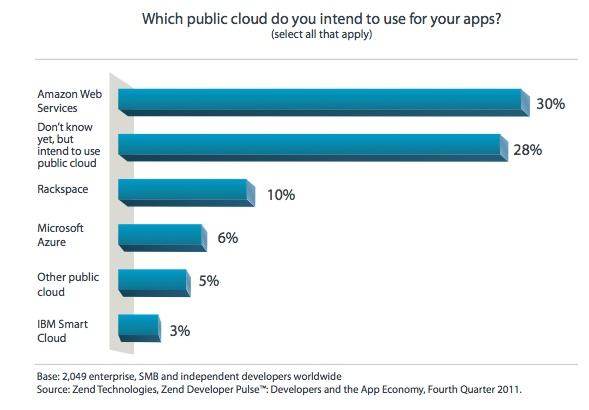 In terms of overall type of projects, 66 percent of respondents said they will be doing mobile development in 2012, this is a great opportunity for them to try RadPHP XE2 which bring integration with PhoneGap, components for jQuery Mobile and everything they need to optimize their web apps to mobile.

Also 45 percent said they will work on social media integration this year, if they are targeting Facebook another opportunity to try RadPHP XE2 and see how they can rapidly integrate web application with Facebook. 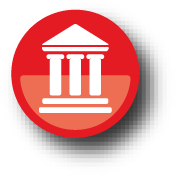 Software Development, technologies and other matters #5
Scroll to top