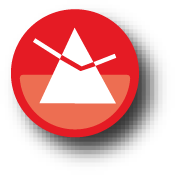 During the last 10 year languages, frameworks and development platforms became better and better, we know many of this improvement, but in my opinion LINQ is one of the biggest innovations in the last 10 years.

LINQ is a set of extensions to the .NET Framework that encompass language-integrated query, set, and transform operations. It extends all .NET Language like Delphi Prism with native language syntax for queries and provides class libraries to take advantage of these capabilities

There are many ways to use LINQ, querying objects, XML and database, there are other implementations which allow you to query other artifacts.

To start to understanding LINQ, I will exemplify the use of LINQ to Objects querying a list of objects.

The following example shows a simple query over an Array of String.

The following code shows the implementation for the methos SimpleSelect using LINQ to return a list of words whose length is less than or equal to five characters.

Let’s step by step on this code.

Using a simple for..each syntax you will be able to interact through the collection shortwords collection, see the code below.

So far you ask about the capability to order, group by, etc. Simples answer, YES you can. The following example return the words grouped by length, ordered descending and returning a class and not more a string.

We add the clause Order by and Group, where Key represents the string Length for each collection element.

One of the most powerful feature is the ability to create dynamic classes using the syntax new class, beyond that we are using the lambda expression.

Lambda expressions are a special type of expression that can be best thought of as mapping a set of one or more values to a result, using a function, sample below Length:=lengthGroups.Key .

In case you need to interact through the group, just loop the variable groups, where the property Words represent the list of words for each group.

Next post I will explain LINQ to XML, see you soon.

Video: Building .NET based applications for Linux and iPhone with Mono and Monotouch