Early this year I did a developer survey through my blog. I got over 1500 answers and I safely can say 87% use Delphi as their primarily development tools, the other 13% split between C#, C/C++, PHP and other languages. 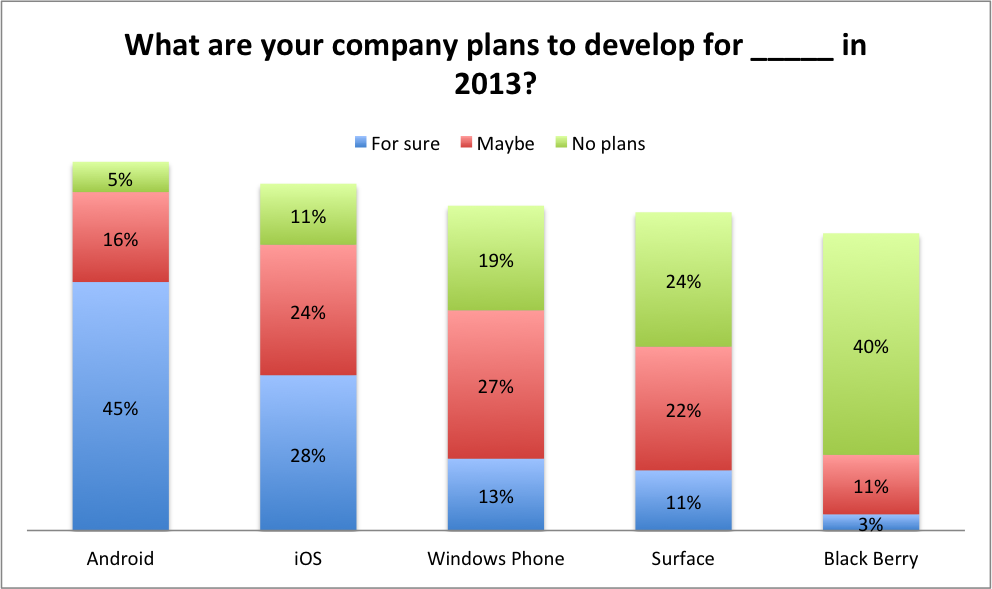 Android is the first choice, most of Delphi Developers do business application and I see a natural choice on Android, the number of devices out there and the lower price point when compared with iPhone/iOS leads Android more in to the business application development. When we look international market iOS devices would cost at least 60% more then Android devices, different reality from iOS, where we can pay US$200 on an iPhone.

When asked about desktop development I made three questions, which I believe it’s correlated, here the questions:

The results showed a clear demand for desktop development, where 73% of the interviewees plans to develop new desktop applications, however when you cross that with the architectural questions, 70% would use N-Tier architecture and only 24% would consider Client/Server. 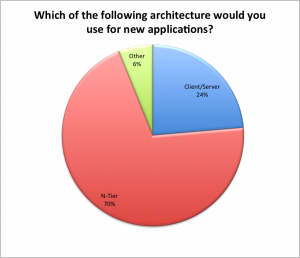 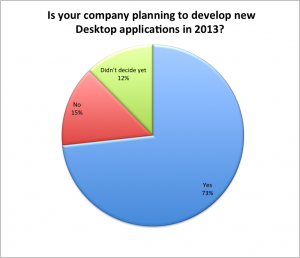 There is also a significant number of companies (45%) considering to migrate existing desktop applications to the web, 34% not planning and 21% didn’t decide yet. That information leads to us think about the challenges to migrate legacy applications where you can see all kinds of situation. Talking with developers I see most of the time the following scenarios: 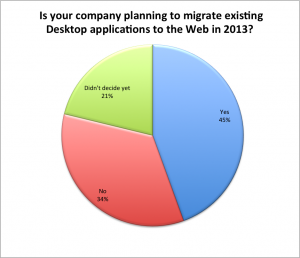 Years ago the software development world moved away rom the traditional Client/Server in to the distributed development. There are so many technologies and architectures for distributed systems out there (SOA, REST, SOAP, WebServices, etc.), which are supported for many languages and IDE’s, but bring the question “Which software vendor has the best implementation and support for distributed applications?”.

Looking forward to see your comments and what’s your choice to build distributed applications?